The St George Real Area Estate market report is now available. The total number of listings was down almost 8% in January. Closed sales were up over 15% for the same period. Inventory was up slightly higher at 3%. Overall, the 6 month rolling average graph indicates that the spike that started back in September of last year finally started to level out. The figure for this graph is Median Sales price for 6 months. September 2014 was the low spot for the year. The month by month price in the St George Real Estate market went from a positive 25% increase to a decline of negative 15%. That would indicate the things were a little uncertain, maybe even volatile in 2014, (in my opinion). The movement can make pricing a home a little more complex for people that don’t work in the industry. The advantage of the 6th rolling average price is the ability to see that overall things may not be so volatile. This figure reflects a 2.2% change.

Interest rates are still lower than most lenders can believe. Last year some lenders thought rates could no longer remain as low as they have been. The uncertainty of interest rates creates a little more urgency for those thinking of purchasing a home. Savvy buyers realize that they can buy much more house in the St George Real Estate market for their anticipated monthly payment when interest rates are low. Another interesting factor is that building permits were down 26% for the last 6 months. Give me a call if you are interested in buying or selling a house. 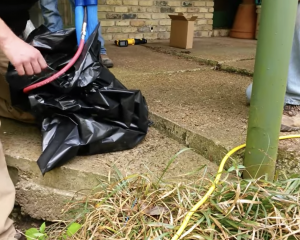